Suffer the little children…
"Suffer the little children..." started as a series of portraits of Syrian, Yemeni, Iraqi, Palestinian, and refugee children who are growing up in war-torn countries. In the beginning of the series, I chose to focus on those children who are living in this hell, though there are those who have been killed that I feel compelled to record their likeness, such as Abdul-Hamid Alyousef's twin son and daughter who, along with 11 other members of his family, including his wife, were killed in Bashar al-Assad's chemical attack on his own people on April 4, 2017.
This series of drawings evolved into an ongoing series of sculpture and installation, which confronts the viewers with children living in precarious situations, situations created by our/human action (or inaction). Suffer the little Children: Border Crossings depicts a migrant/asylum-seeking child on our own border, in a dog kennel. The faceless child is the “face” of all the children who are housed within large, fenced pens and concentration camps, with only a mylar emergency blanket for “comfort” and “warmth.”
Suffer the little Children: War depicts a muslim girl sitting in the bombed ruins of her home. She wears a Russian gas mask, which has been “embroidered” to reference the Syrian/Aleppo tradition of tone-on-tone embroidery. She wears a mask to protect her from chemical attacks that have become a weapon of her own government. The Russian gas mask and the U.S. army helmet she holds references two of the major players in the Syrian “civil” war as well as other “civil wars” (Yemen, Iraq, Palestine/Israel, etc…) in the Middle East. She is a child of our world, and the collateral damage of ongoing war beyond her control.
Suffer the little Children: Guns is a figure created by a bulletproof hoodie, sweats, & shorts (ballistics fabric) slouched in a school desk w/notepad, Arizona Tea, & Skittles on the desk. The youth is both present and absent, in that the figure is implied by the clothes, but the clothes are empty. The children who are being murdered in school shootings quickly become just more numbers, their specific names and identities quickly fading away in our collective societal conscious, yet the absence is very much felt in the communities. This installation addresses gun violence, specifically school shootings, but also the larger issue of race in our society, where the killing of Black boys/men is rampant. The hoodie and skittles quickly became a symbol of this violence after the murder of Travon Martin, symbols I am using here to make real the gun violence that effects our children, both inside and outside the school classroom. 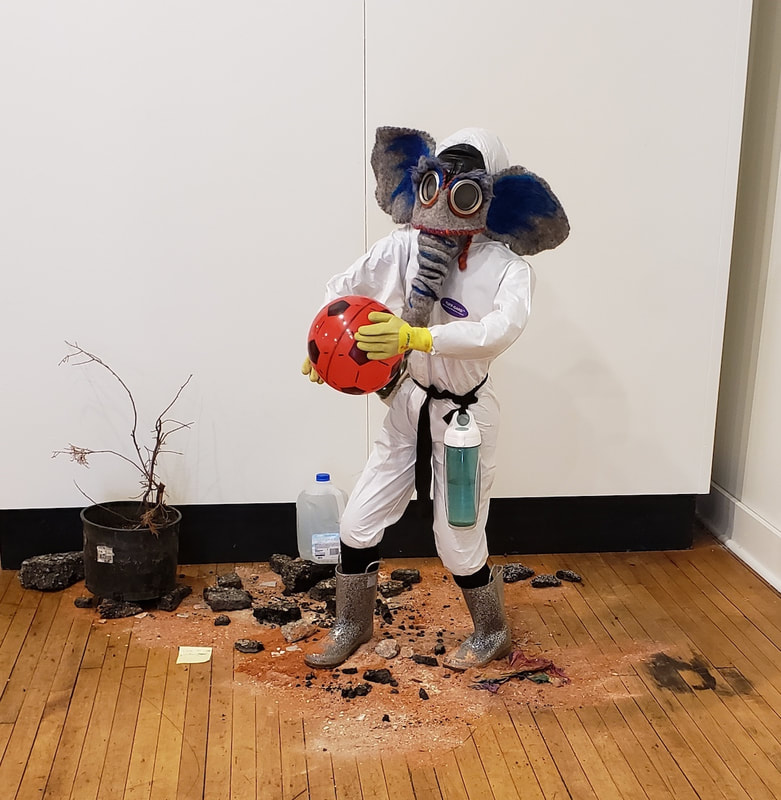 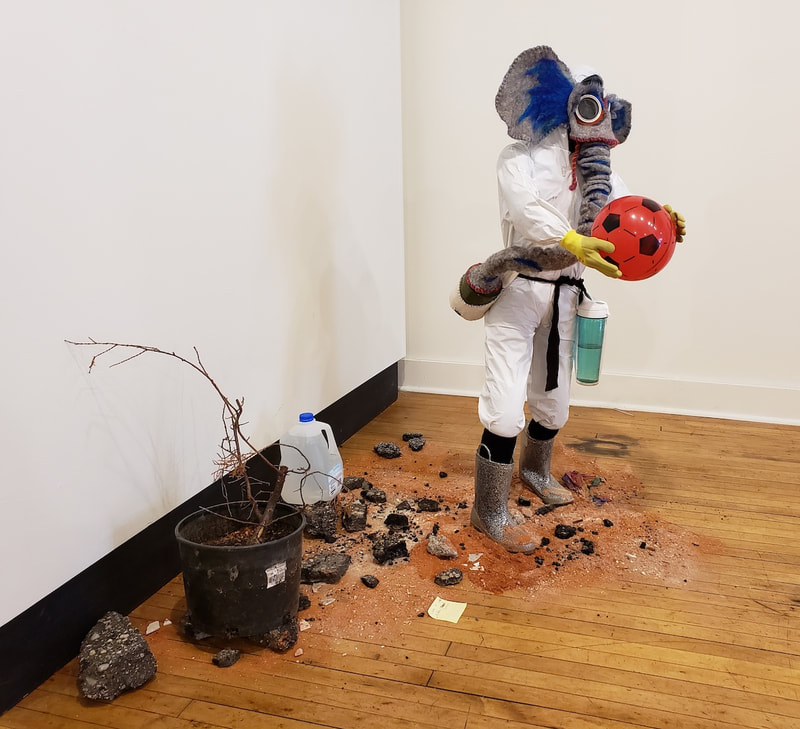 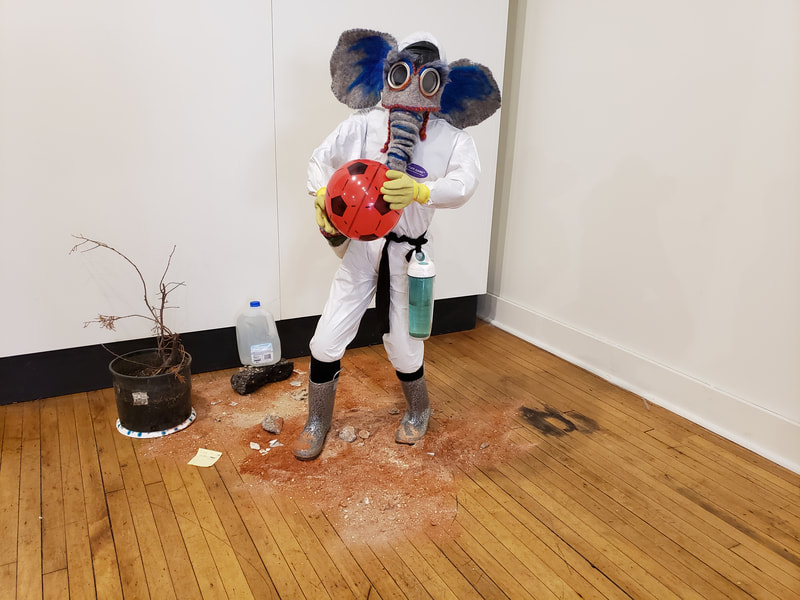 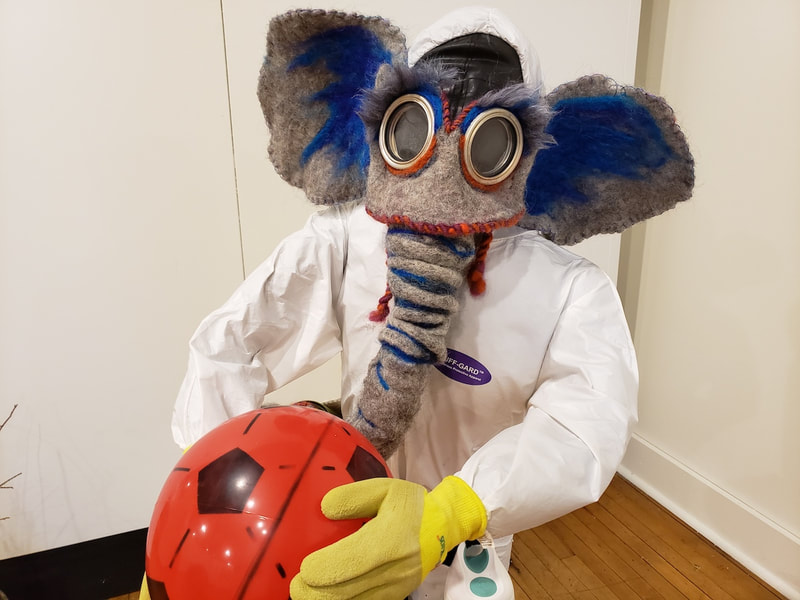 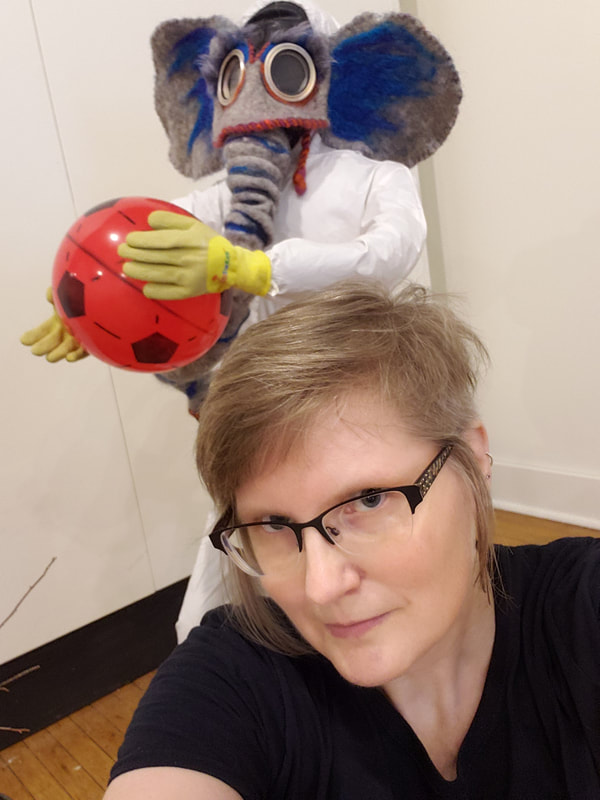 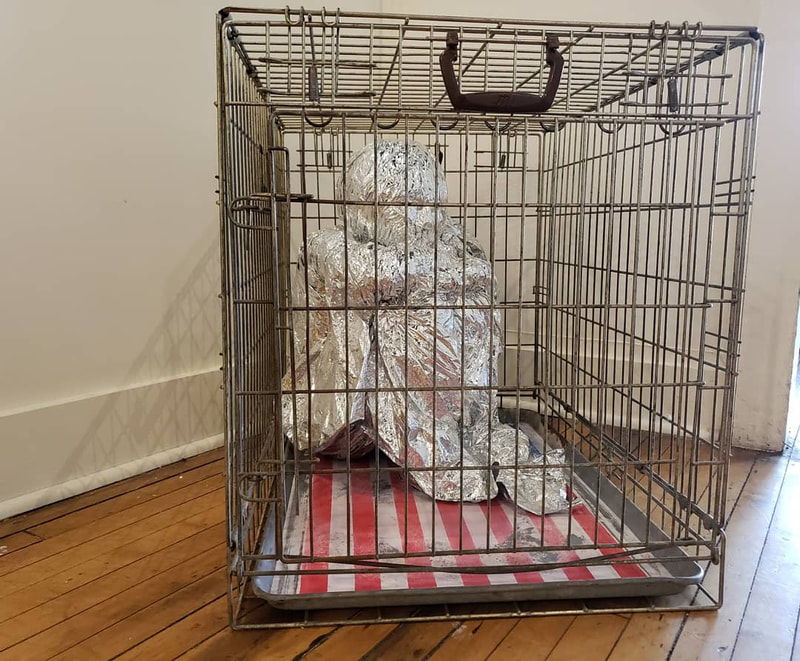 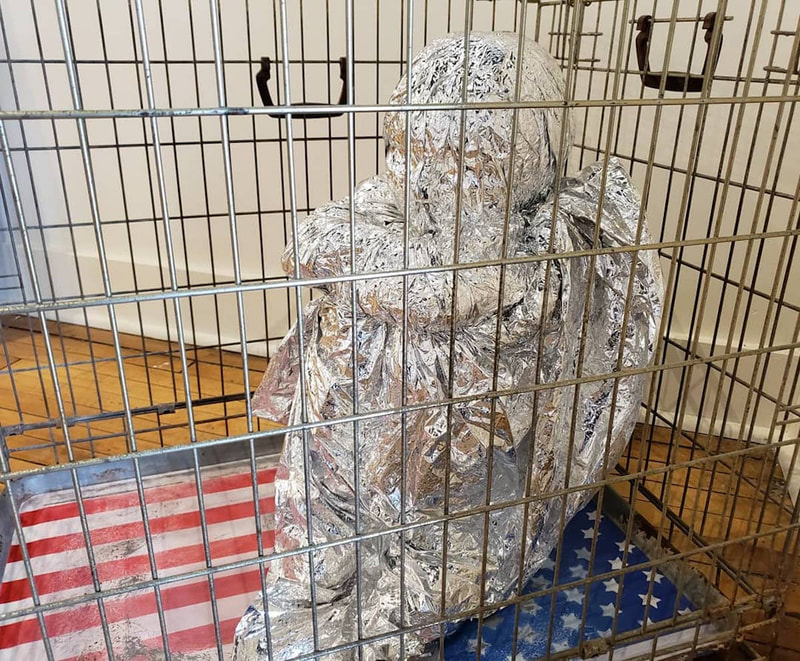 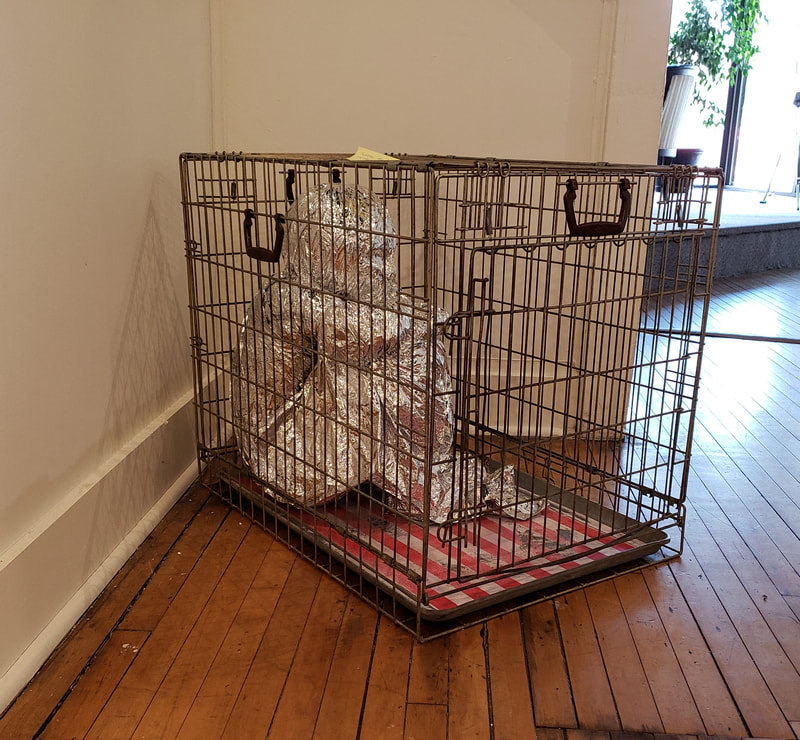 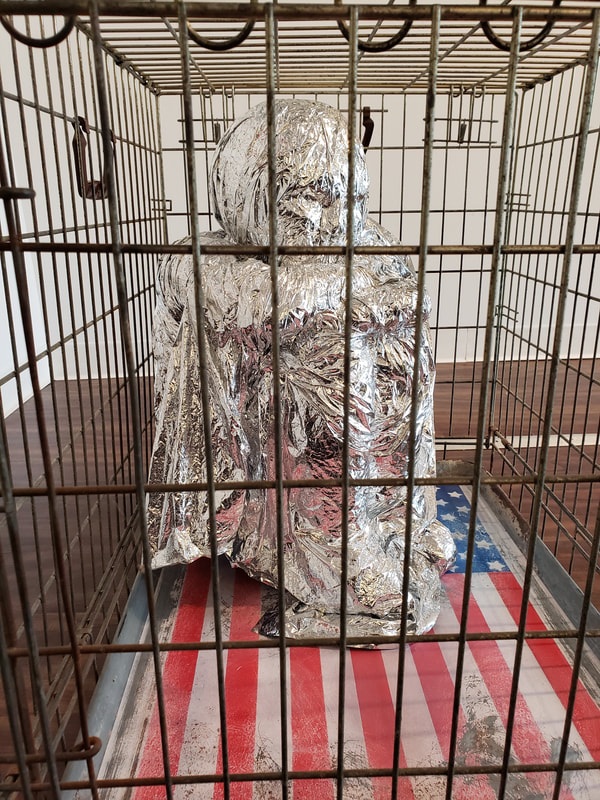 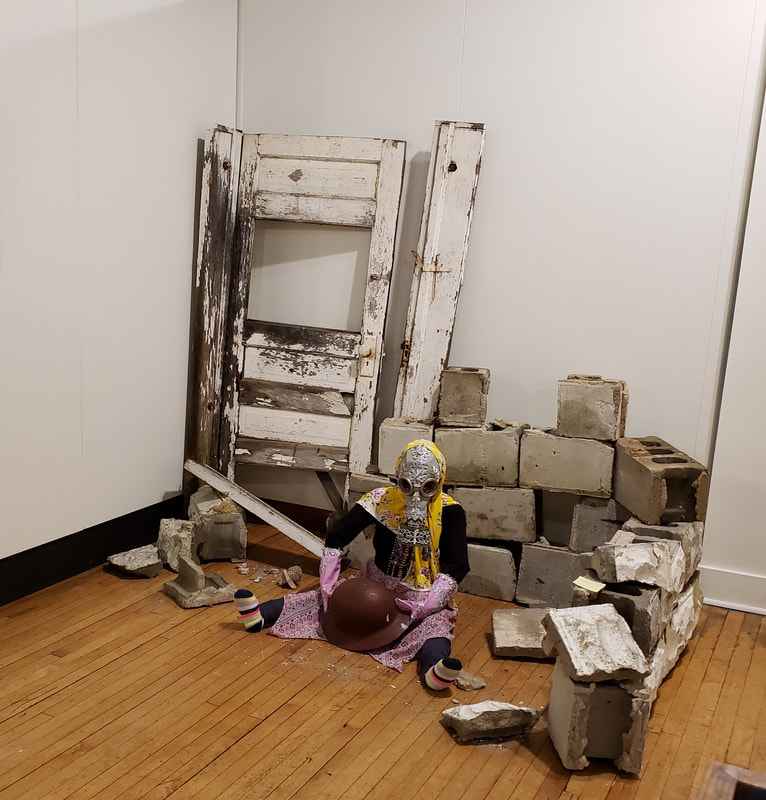 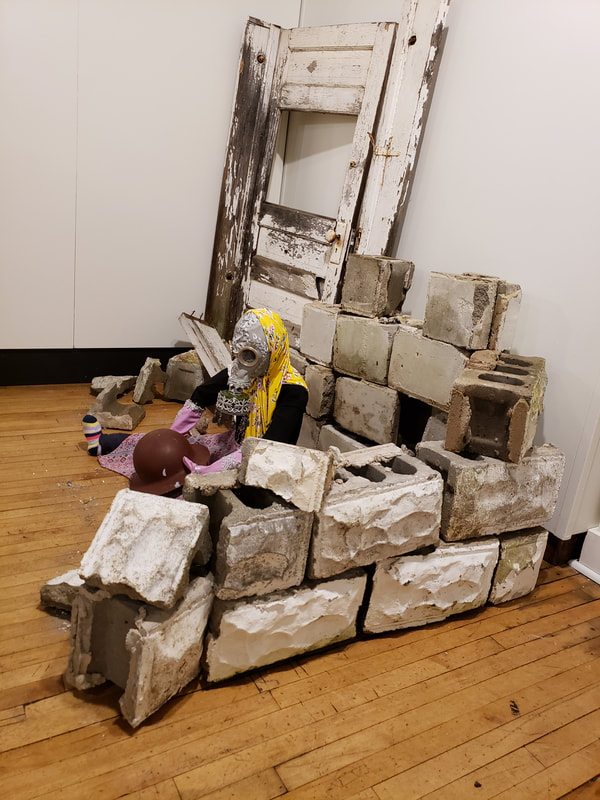 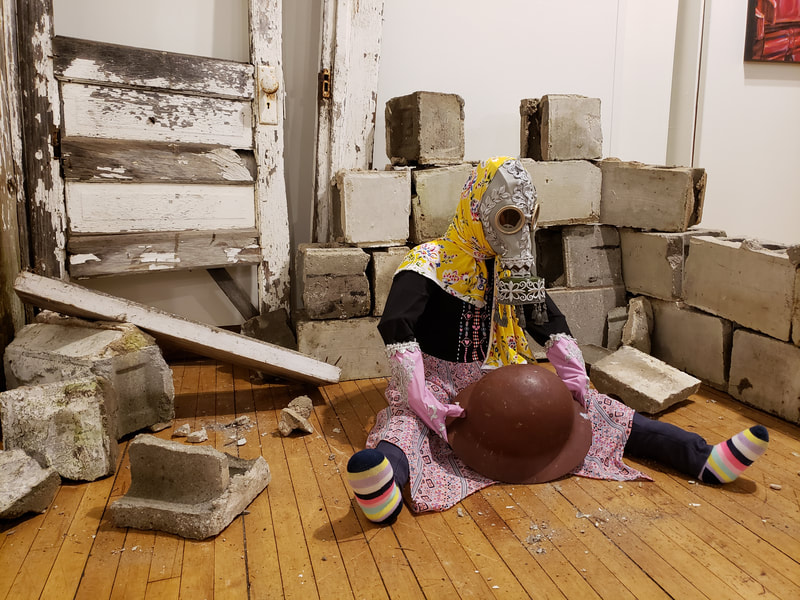 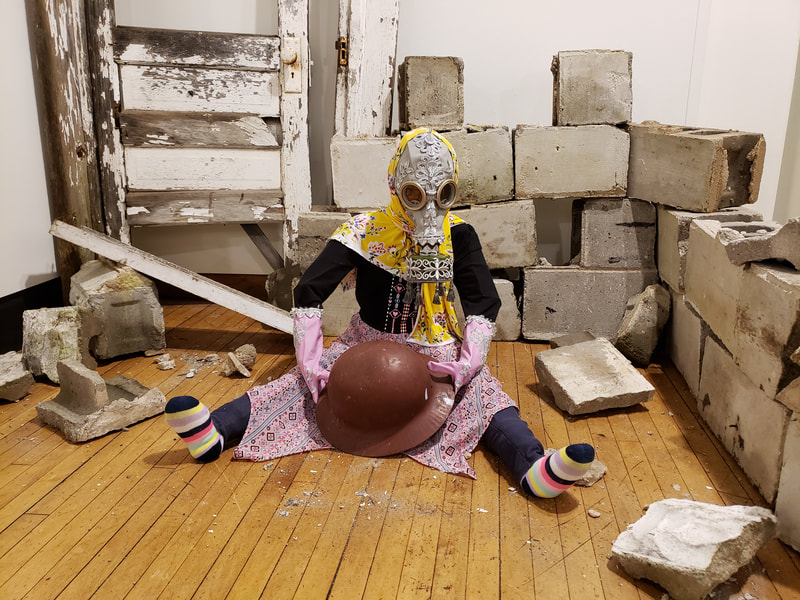 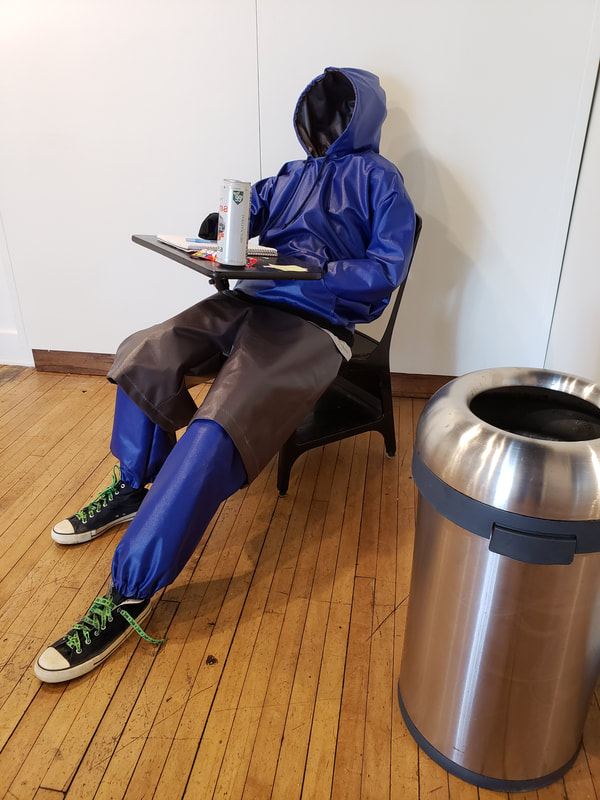 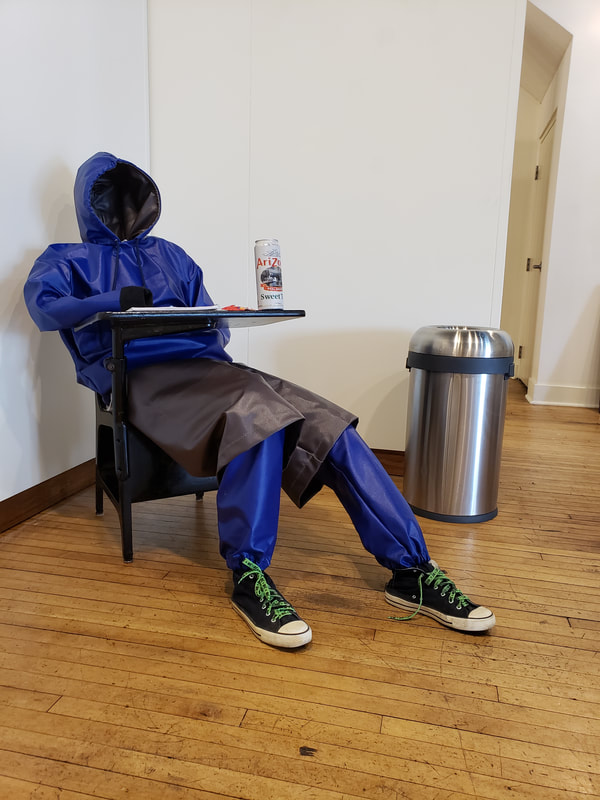 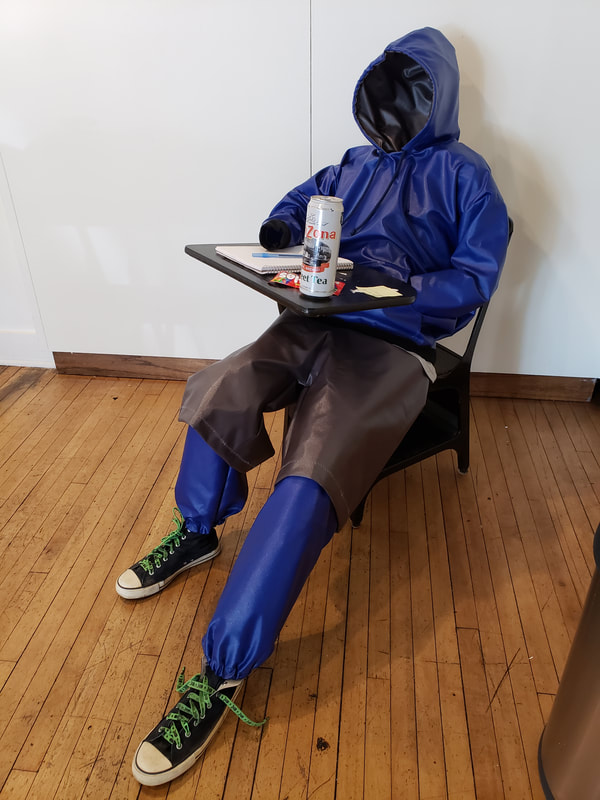 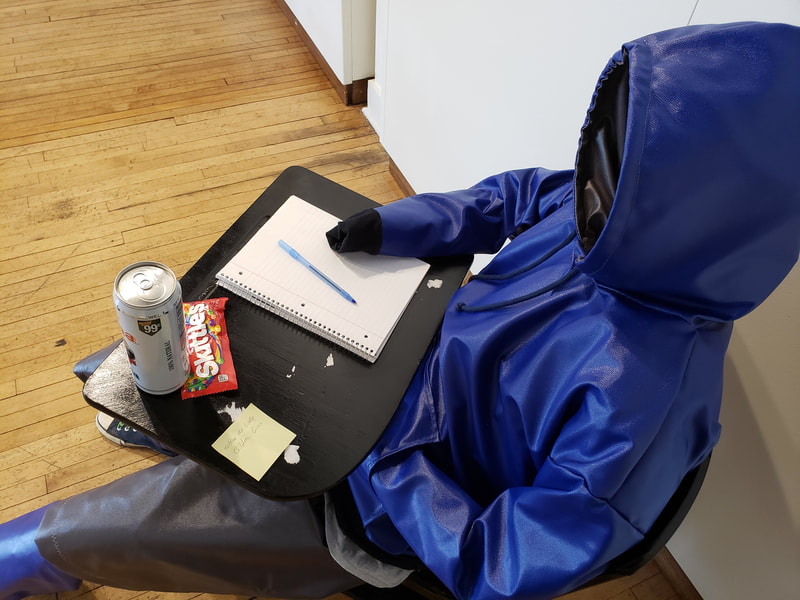